While there are hundreds of love songs out there, only a few celebrity couples have actually collaborated together.

Some have only made one song together, like Katy Perry and John Mayer, while others have been making music together almost as long as their relationship, like Beyoncé and Jay-Z. Whether they’re still happily in love or broken up, these songs will live on, landmarking their relationship.

Scroll through to check out your favorite musical couples and their collaborations with each other. 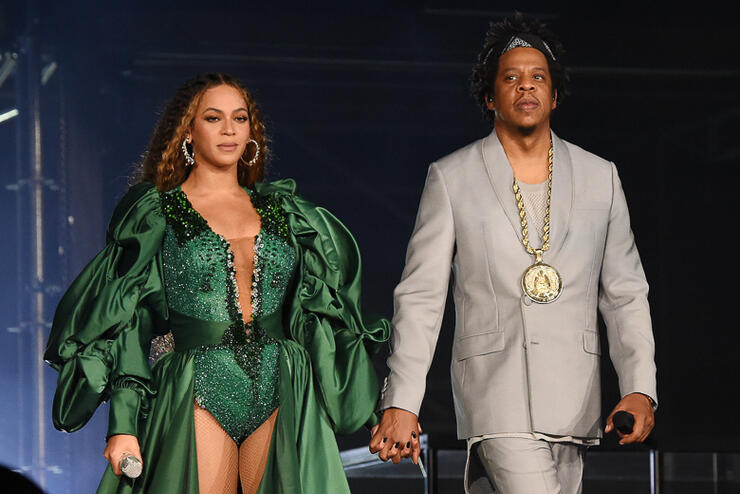 It’s one thing when two independent megastars join forces romantically, but it’s another when they collaborate on music. Songs like “Drunk In Love” and “Bonnie & Clyde” have an added tinge of fire when the artists that made them are actually crazy for each other.

2. Camila Cabello and Shawn Mendes - “Senorita” and “I Know What You Did Last Summer” 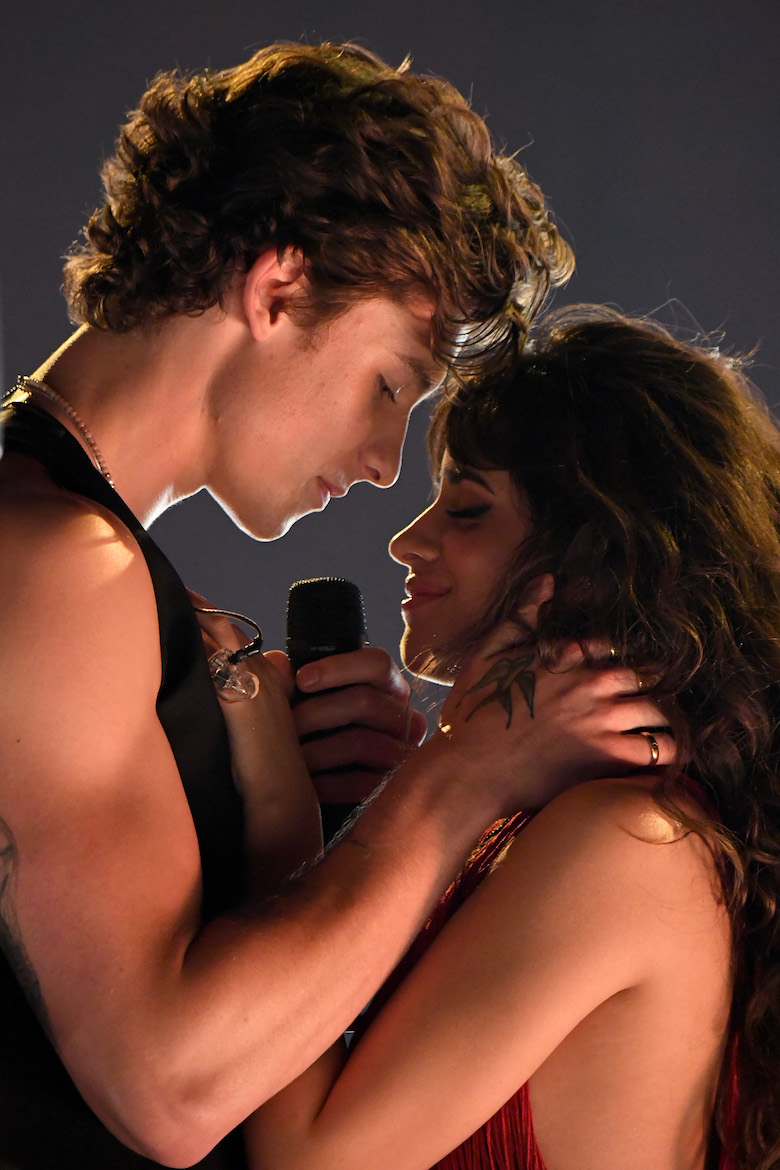 This couple makes PDA look cool. When Camila and Shawn perform their songs together, it's as if they’re the only ones in the room. That is, of course, aside from the arena of fans swooning in the crowd.

The relationship between Mac Miller and Ariana Grande was something that Ariana and fans alike will always cherish. Their song, “The Way” is a bubbly, heartwarming hit that encapsulates a love to remember. 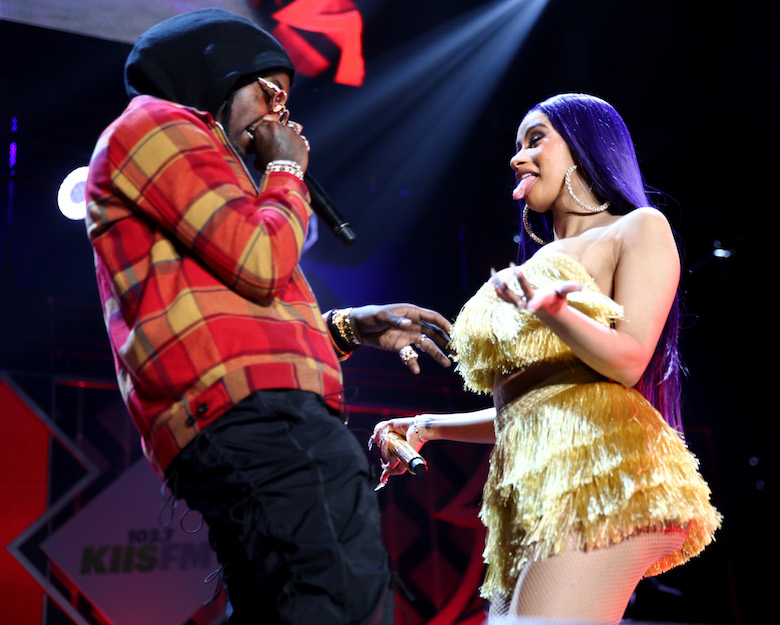 Cardi B and Offset have a sensual relationship and their music collabs definitely fit the vibe. From “Lick” to “Motorsport” to “Clout,” this duo is sure to make a hit that both can benefit from. 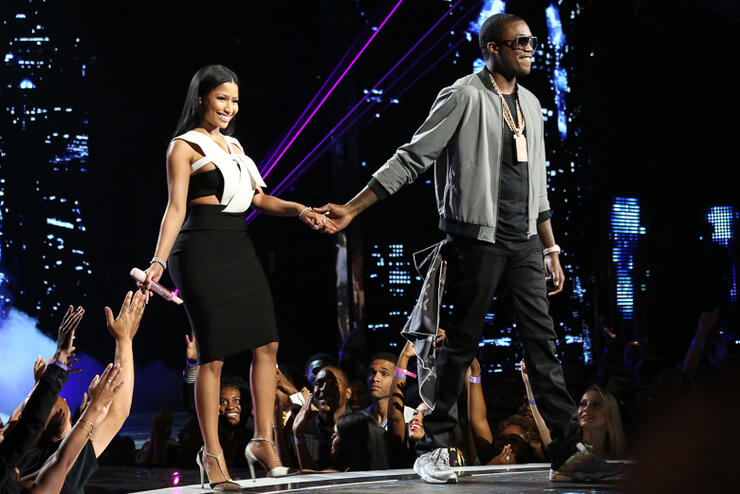 Back when Nicki and Meek were a thing, they joined together to create a summer 2015 hit alongside Chris Brown called “All Eye On You.” It might be outdated but it’s a classic when it comes to flirty love jams. 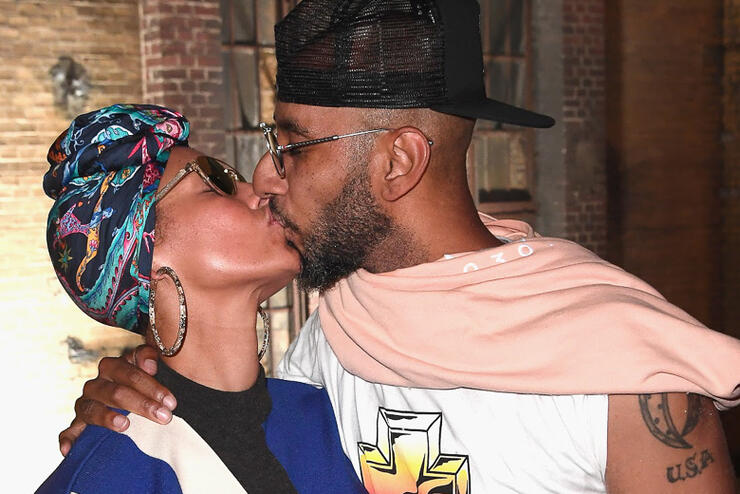 These lovebirds collaborated on a high-beat club hit back in the early 2010s and it’s a true mix of their talents. Although they haven’t made music together since they continue to fully support each other in their respective careers. 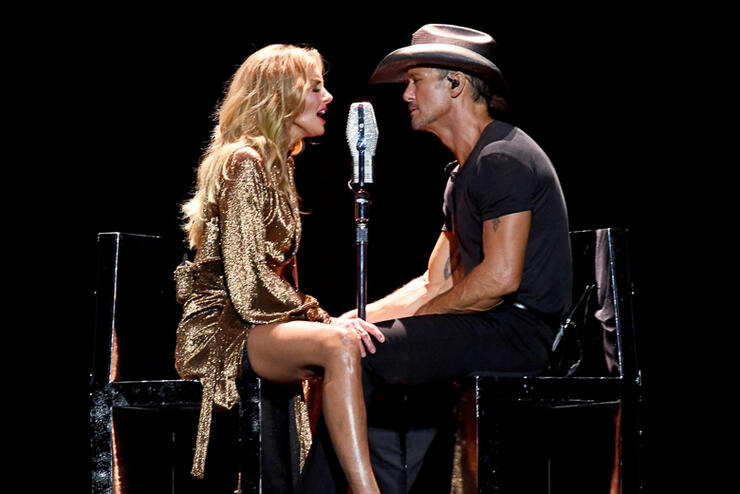 For these two country stars, it’s clear that their music collaborations reflect the success of their marriage. With songs like “I Need You” and “Let’s Make Love” among many others, the pair proves that you can have both career and marital wins in the spotlight. 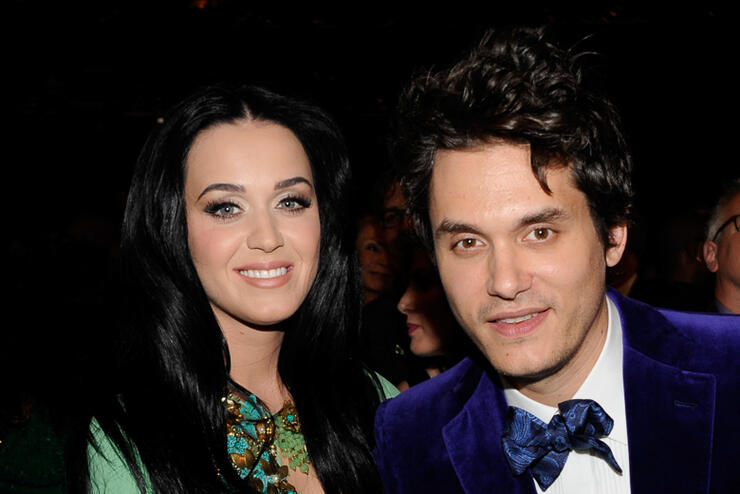 When Katy and John were together in the early 2010s, they blended their talents on the airy and acoustic song, “Who You Love.” It’s a soft, tender love song that fits the classic John Mayer vibe, matched with Katy Perry’s signature voice.

9. Blake Shelton & Gwen Stefani - “Nobody But You” 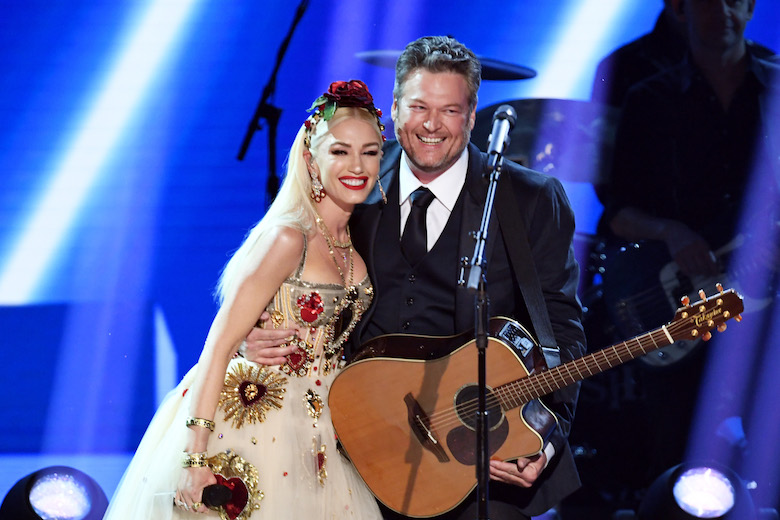 In more recent collaborations, Blake Shelton and Gwen Stefani sang “Nobody But You” at the 2020 Grammys. It’s truly romantic, the way they look at each other and sing together as if they’re belting out their mutual love from a mountaintop. 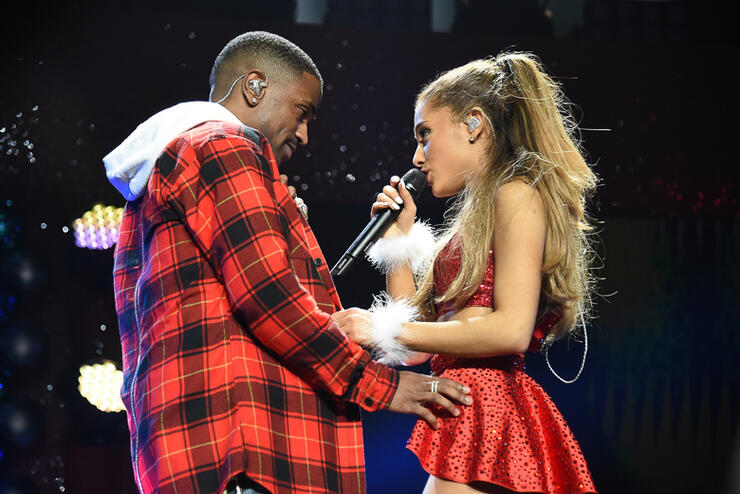 It’s inarguable that Ariana Grande and Big Sean are hitmakers. So, when they came out with songs featuring the other during their relationship, it was bound to be extra notable. Their songs “Research” and “Right There” are very different, but ever-so-catchy nonetheless. 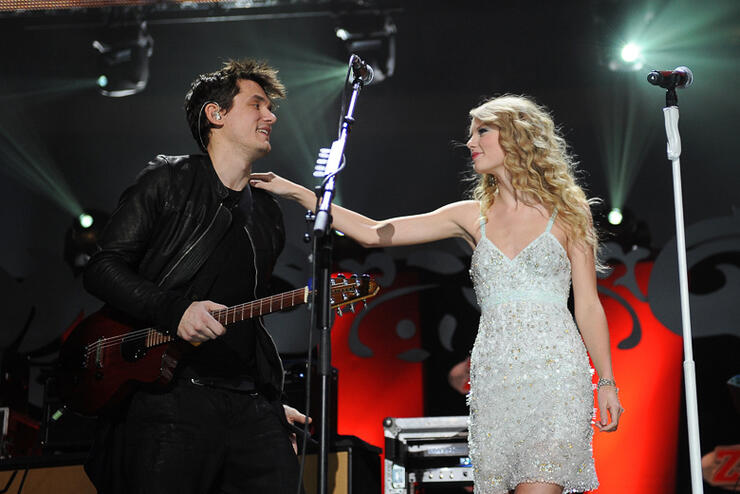 Although Taylor and John had a short relationship, they were able to sing together and even go on to create music about each other post-breakup. Their googly-eyed performance at the 2009 iHeart Jingle Ball show in NYC was an example in constant eye contact and will go down in couple-collaboration history. 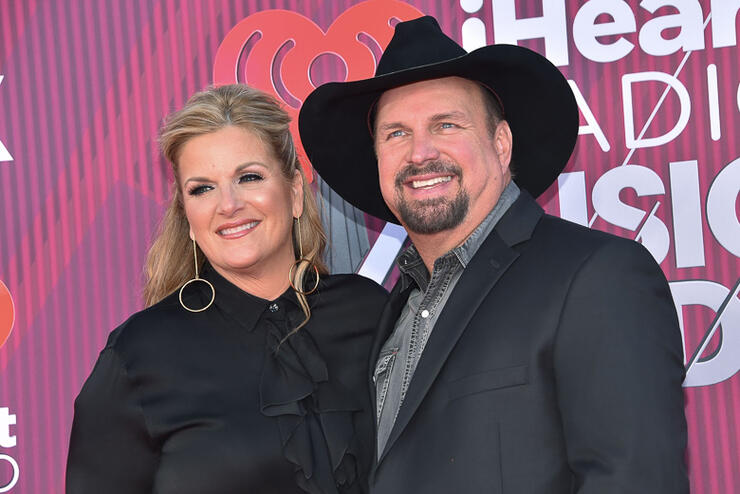 For this veteran couple thriving in the country music scene, it’s a no-brainer that their love flows over into their songwriting. They’ve recorded numerous songs together and are in the works to release a live duet album! 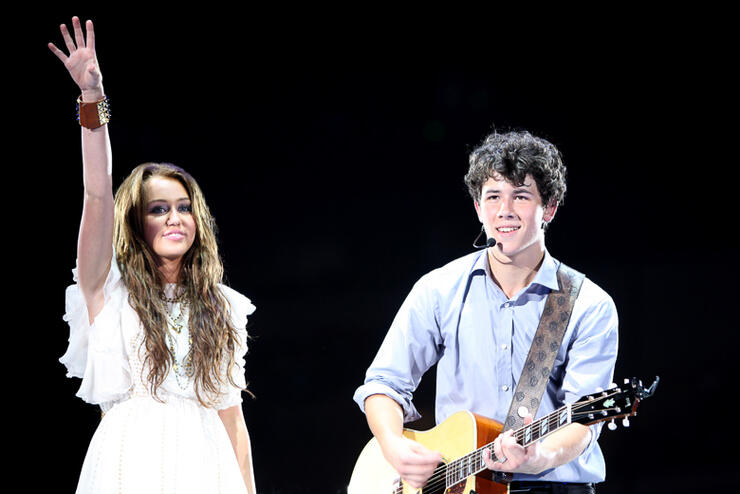 This collaboration came to us in the days of Niley, leaving OG fans to revel in what once was. Although “Before the Storm” was originally a Jonas Brothers song featuring Miley, she and Nick performed a duet at a Jonas Brothers concert and sent the crowd roaring. 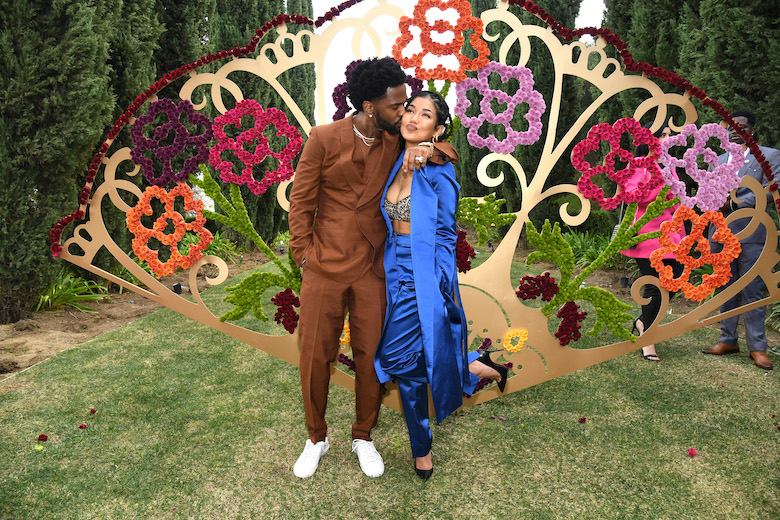 Big Sean and Jhené Aiko have been through some patches of their relationship, dating for a length of time, breaking up, and coming back together. A few years ago, they collaborated on an entire album called Twenty88 and it’s a pretty accurate representation of real-life relationships as they happen in real-time.

BIG DOG 106 · The Only Station That Rocks Beaumont